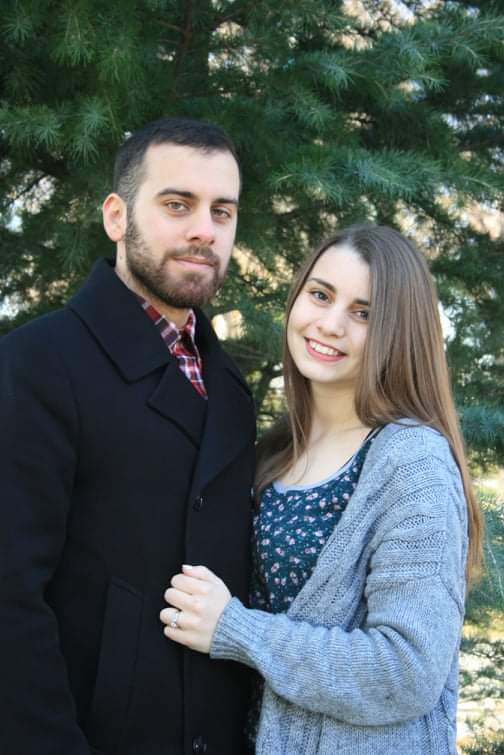 Not many little Greek girls are given the name “Ruth”, so when Ruth Yfantidis introduces herself, she knows the other person will be wondering if she is truly a Greek citizen. Evangelicals, typically those most likely to give their infant daughters Bible names, make up only about 0.2% of the Greek population. EMF missionary Ruth told us a little more about living out her faith in her work as a nurse (now in a Covid ICU in an Athens hospital), and about other areas of ministry.

Growing up, Ruth was the only child in the small Third Evangelical Church of Athens. She learnt to interact with older folk and to take on responsibilities in the little fellowship, playing the organ in her teenage years so the congregation could sing well. But Ruth was not just the only child in the church. For most of her acquaintances, she was the only child called “Ruth” that they had ever met. “I have heard everything”, Ruth laughs. “Are you English?” “Are you a Jew?” “You must be Mexican!” “How do you spell it?” “Is that a nickname? With a smile, Ruth confesses “I have to fight for my name!”

The “strange” name can, however, be an opening for a little conversation. “My parents gave me this name because they love God”, or “Ruth is the heroine of a beautiful story from the Bible. Have you ever heard it? It’s all about the ancestors of Jesus”. For all their Orthodox religion, Greeks, as Ruth reminds us, do not often hear about the love of God in Christ or about the need to be saved. In her own witness she focuses on the beauty of that message in a context where state religion rules, and where Evangelicals are seen as members of a cult. This is so in other parts of Europe, of course, but it may be especially the case in Greece.

This year has been incredibly tough for Ruth. Her first real job as a nurse since qualifying took her first to A and E, and lately to a Covid ICU unit, where not-so-old people die each day, and where experienced staff are scarce. On her third day there she felt that she already had 6 months’ experience. Shifts are long in the central Athens hospital, and she herself feels ill most of the time. Yet she is smiling and joyful as she relates how she is doing her best to be a responsible worker, and a useful pastor’s wife (her husband Stathis, also an EMF worker, is pastoring this church where Ruth grew up). She is still doing Bible studies with university students when she can (working alongside IFES, the International Fellowship of Evangelical Students), and is studying for a higher piano certificate. She wants to get back to leading the little congregation in singing in the Sunday worship services, but Greece has not yet lifted restrictions on public worship, and in the meantime she is trying to find time to record music that can be used in church meetings.

‍
Ruth says that when they studied at the EMF School of Biblical Studies she was amazed at the way churches took her and Stathis to their heart and showed interest in them as a couple. She still appreciates that warmth shown to them when she found herself in the UK, newly-engaged and missing Greece. “I was amazed” she says, “We are just …people”, shrugging her shoulders to show that she means “ordinary people”. That is just the thing. They are indeed ordinary people, just trying to be faithful to the Lord Jesus, not looking for any kind of glory or status, and simply living out the gospel and working hard in a busy cosmopolitan neighbourhood just down the road from the Acropolis.