A Gentleman Not From Verona (with apologies to Shakespeare!) 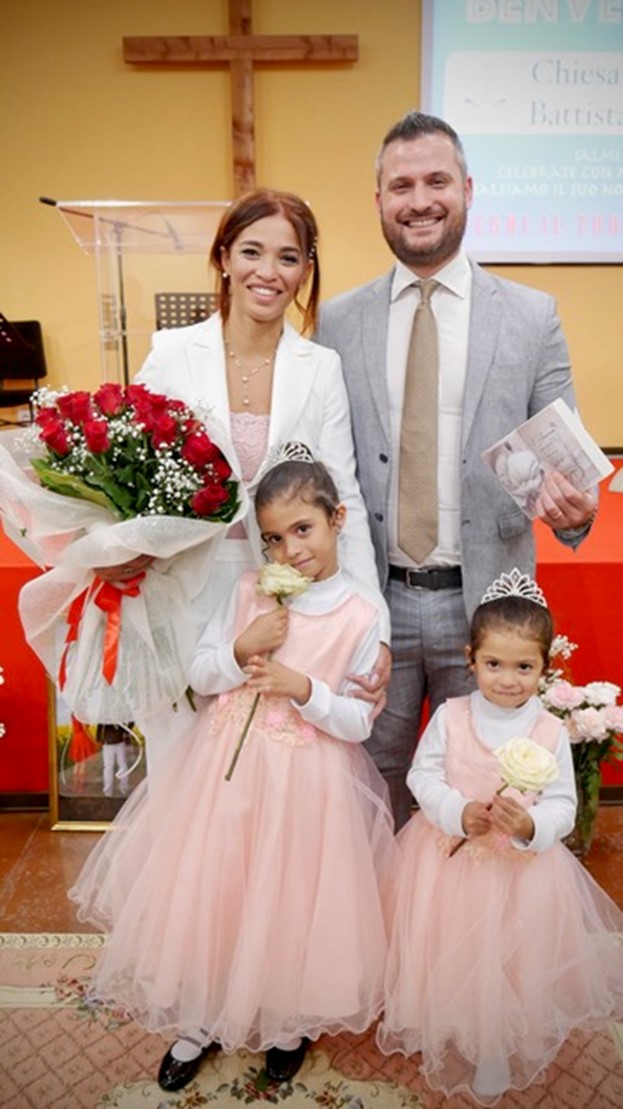 You may know that EMF has been helping to support a number of students over the last couple of years (https://www.europeanmission.org/train).This is part of the mission’s ongoing effort to be of practical assistance to evidently-gifted people who are training to be more effective gospel workers in Europe. Here is an opportunity for you to read about one of them. Manuel Morelli (as far as we know, he is not related to the Italian ice-cream manufacturers that many of our Northern Irish supporters will know and love!), has been studying at London Seminary since 2020. Read on to find out more about him…

Manuel Morelli was born in Italy, near Ravenna and Bologna and grew up, like most Italians, as a Roman Catholic. One day in 2007 at the seaside, he met a beautiful girl called Jania and they started a relationship.  Jania was Brazilian, but had been working in Italy for some time. Later on, they travelled to Brazil, where Jania, who was a backslidden Christian, felt she ought to introduce her boyfriend to an evangelical church. Although Manuel had limited Portuguese, on the second such visit, God granted him understanding of the whole gospel message and he was converted! He and Jania got married in 2011. Now they have two children, Rebecca (6) and Rachele (2), and live in a village near Ravenna. As a couple, their hobbies include reading and sport, cooking and eating! Jania likes sewing and crafts.

Manuel is a software engineer by training, providing software for automatic machines, but he has given this up in order to develop and support Jania’s beauty business, which has three salons (there were four pre-Covid); this gives him more flexible hours of work. Fabiano Nicodemo, a Brazilian missionary in Italy, who is Manuel’s mentor, pastors a Chiesa Battista (Baptist church) in Cesena. Cesena is a town of about 90,000 people between Budrio, where EMF missionaries Stefano and Jenny Mariotti work, and Forli, where EMF’s Michael and Mary Steedman live.  Fabiano also supervises a church plant in Rimini (http://www.chiesabattistaitalia.org/), on the coast farther South, which the Morellis attend and where Manuel preaches once or twice a month. Jania is a Sunday school teacher there and belongs to the music group.

During the first Covid lockdown, Manuel and Jania started thinking about how to use their enforced free time. He thought this was an opportunity to learn more about his faith and to engage in some training. At a conference in Padua, he had met up with Gerry Brienza of EMF, and also with a professor from Padua, who had previously taught at London Seminary. Hence his introductions to both EMF and London Seminary, where he is in his second year. Originally, Manuel did his first three months in London, but since then he has continued learning with the Seminary online because of sudden lockdowns and other changes in the Covid situation, and also to maintain his family life.

In the future, Manuel hopes to start a new work in Ravenna. His primary concern is to establish a church there and to win new Christians, and he would like to do this full-time. Ravenna is a city of around 160,000 people and is also on the coast, over forty kilometres North of Rimini. They already have a Bible study group there with about six attendees, and there is a small nucleus of believers prepared to work alongside Manuel. A secondary concern is the need of finance to rent a space in which to hold meetings. Space is available, but comes at a price, and the supporting church in Cesena has only about forty members.

How you can pray for Manuel, Jania and family: