A heart for the heart of Spain 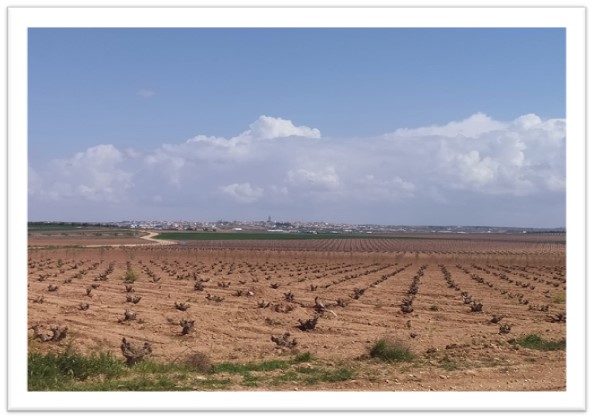 Xavi Pérez Patiño is known for having a heart that beats with love for the gospel and for those who still have not experienced its truth. He now has a wife (Paty) who shares his passion for others to know the Lord Jesus as Saviour. Together, they are working in the heart of Spain, in the enormous region of Castilla-La Mancha, whose arid landscape is dotted with towns and villages that are still relatively untouched by the message of hope that grabbed hold of Xavi some decades ago in Mallorca. Here is an update on what the couple are doing in three towns: Cuenca, La Solana, and Ciudad Real.

The autonomous region of Castilla-La Mancha could be said to be part of “La España Profunda” (The Deep Spain). That is a sociological term, rather than a geographical one. It refers to the Spain in which outside influences, such as tourism, have had little impact. Still mainly rural and governed by the traditions, religious practices and folklore of centuries past, this Deep Spain has never been an easy mission-field. The area Xavi and Paty now minister in does indeed lie in this very heart of Spain, in three locations separated by kilometre after kilometre of vineyards or sparsely populated expanses of terracotta soil, where gospel witness has borne less fruit than in the cities or coastal zones.

‍Take Cuenca, for example. It has been referred to as “the missionaries’ graveyard”, since over the decades many evangelistic efforts have started out with enthusiasm, only to peter out when the hostility and/or apathy of the locals became an all-too-grim reality. Xavi is determined to be faithful in helping the little fellowship that had begun to really flourish in that ultra-religious provincial capital. (Ciudad Real is another of the 5 provincial capitals in the same region).

Years ago, EMF workers Luis Cano and his wife Pilar Herrera, along with Jean Woods (then Jean Pleasence), laboured hard and earnestly, and they saw the Lord work in a good number of individuals there. But Cuenca is not a place where young people can very easily stay on into adulthood.

The scarcity of work has taken most of those converted in Cuenca to areas that are economically more stable. Despite the welcome addition of “immigrant” Christians to the church, the numbers there now are tiny, and they have no pastor. Xavi, though living two and a half hours’ drive away, preaches there on Sundays around twice a month, while Paty helps with the music, and gathers prayer requests and information for them all to use when Xavi leads the little group in a weekly online Bible Study in the Psalms.

The little town of La Solana is an hour’s drive away from Ciudad Real, the provincial capital where Paty and Xavi live.

Famous for the saffron harvested from the mauve crocuses that carpet the countryside in October, La Solana’s blistering summer heat has never withered the endeavours of the craftspeople who worked in the town’s blazing forges, producing tools and wrought iron artistry.

Rafael belongs to that profession of ironsmiths, and he and his wife Juani have a large family, all of them well-known for their solid Christian faith.

Backed by the faithful and sacrificial support of the Spanish Gospel Mission over dozens of years, their stand as the only Evangelicals in their extremely traditional town can justly be described as simply heroic. Their witness has been consistent, and despite seeing very little enduring fruit for their labours, the couple still maintains a meeting-place in which others can come to hear the Bible being preached.

For various reasons, the church in Ciudad Real, where Luis Cano is pastor and in which Xavi is an elder, is now looking after this little group. Xavi tells us that the fellowship in La Solana has been excited to see a lady converted in the last few months. “A” is bubbling over with joy in her new faith. Unfortunately, her still-unsaved husband, “M”, has recently had a very serious accident, so Xavi and Paty ask us to pray for this couple as they face that challenge. Xavi has been visiting the town himself from time to time, to pastor the little congregation and to build on any contacts the fellowship members may have.

‍In Ciudad Real, which is the hub of all the above activity, Xavi and Paty have been heading up the young-people’s work, helped by an enthusiastic committee that includes three of the older members of the group. The region has had varying levels of Covid restrictions, so in sometimes-online, sometimes-in-person encounters, the group has been studying the life of Joseph. But the young folk have also shown appreciation for the sessions dealing with the thorny issues of today; they have been dropping their suggestions of “topics to tackle” into a suggestion box, so that the leaders can prepare biblical responses.

Xavi and Paty married just over six months ago, in Mexico. But their hearts already beat as one for the cause of the gospel in the heart of Spain; the “Deep Spain”, where there is still so much to do.

Points for praise and prayer: