‘Don’t think we can come…we have never done Zoom before!’ 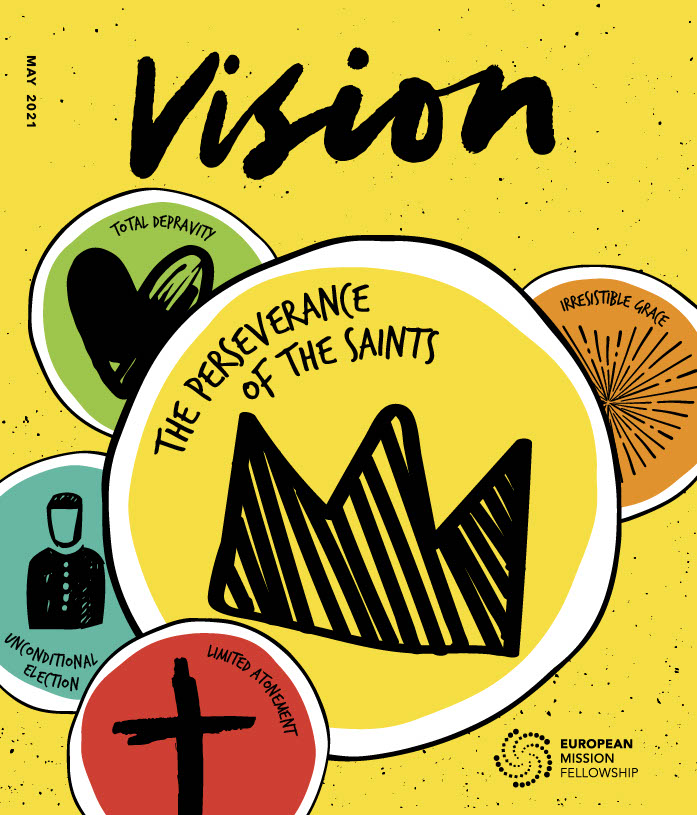 In all the excitement we are feeling as a mission on welcoming a number of new missionaries and missionary couples in recent times, we also endeavour to remember that we have a duty to care for and honour those who have worked on the field or as members of our home staff, faithfully and in many cases, for decades. We also know that we must make an effort to look after the members of our EMF family who, while still serving the Lord, have officially retired.

A few months ago, our magazine ‘A vision for Europe’ was dedicated to the latter, and we recently held an online get-together for these good folk, (some of whom were new to Zoom and a bit uptight!) as well as for others who had served the mission in a range of roles over the years. Read on to find out how that happy reunion went…

Omri Jenkins would have loved this meeting. When he was used by God to find the European Missionary Fellowship in 1959-60, he would never have imagined that over 60 years later a group of workers who had been labouring in Europe in the first decades of EMF history would be gathering together in a Zoom reunion. No such technology existed in the Europe into which these people went out, eager to evangelise and plant churches in countries that were extremely hostile to the Gospel. Hardly a telephone, visits done on motorbikes to remote villages, meagre allowances, and everywhere, everywhere, hard ground for seed-sowing. It was in part because Mr. Jenkins knew very well how much the workers needed fellowship and encouragement that he supported the idea of regular conferences for missionaries and staff. In the absence of those, well there is Zoom!  We believe he would have embraced this resource!

For some of the around 40 people who came on screen (others promised to attend next time), this was their first ever Zoom meeting! Our resident I.T. wizard Martin Tatham had with characteristic patience given tuition to a number of very nervous folk, but…they made it to the event, and were delighted to be there! It took a little time for everyone to get settled (remember those first Zoom meetings at your church? ‘You have to unmute!’ ‘How do I do that?’ ‘You see that little microphone at the bottom of the screen?’…Etc). What a sense of achievement to get all of us chatting to each other, though!  It had been years, perhaps decades, since most of us had seen each other at the large EMF field conferences we used to attend before the costs of such gatherings made them impossible to justify. Those were days of true fellowship in which friendships were bonded through a sharing of similar (and often tough) experiences. The oldest amongst us had been at field conferences in Switzerland in the sixties, and the whipper-snappers of just 70+ years of age had at least been to the United Kingdom field conferences. There, in those days of rest from the arduous and often lonely tasks in discouragingly slow work they had been involved in, many of the EMF family members received ministry that was just not available in their own countries. No YouTube preachers, few good books in their own languages, little fellowship with other pastors or fellow-Christians of any maturity; such was the Europe from which most of our little on-line reunion came, longing to find what they had so little of ‘back home’.

Andrew Davies is one of those who had preached at the EMF conferences. As a former trustee of the Mission, he was a regular visitor to Spain and Portugal on behalf of EMF, and is still a beloved brother to all of us. He gave a short, totally apt message on ‘Nevertheless, do not rejoice in this, that the spirits are subject to you, but rejoice that your names are written in heaven.” He reminded those of us present that as age marches on, and our strength fails, we need to discover more than ever that our true joy is not in what we can ‘do’ for the Lord. We are to have joy in the Lord himself, knowing that very soon now, we shall be with him.

There were smiles on the faces of each person as they recognised old friends and felt the love of those with whom they had shared precious moments in the past. From Norway down to Southern Spain, from Ireland to Poland, appeared the now-much-more-wrinkled faces of our colleagues, and their now-much-more feeble voices came over the speakers. The widows of much-loved workers now with their Lord in Heaven are still very much present in EMF’s consciousness; there they were, rejoicing in their salvation, and still determined to do what they can for the Lord’s cause. Home staff who had quietly, behind the scenes, given so much…we all owe them a debt, and they could not but be invited. Our EMF family. We love it!

We have had a lot of good news to share with you about what God is doing through the ‘new’ folk in EMF. But we know that the baton has been passed on to us from very worthy colleagues who ran before us in the race; indeed, they ran so well. We are seeking, by God’s grace, to let those who are still alive know that they are esteemed and appreciated by the rest of the EMF family. We have no doubt that they are similarly valued by you, our faithful supporters, too!