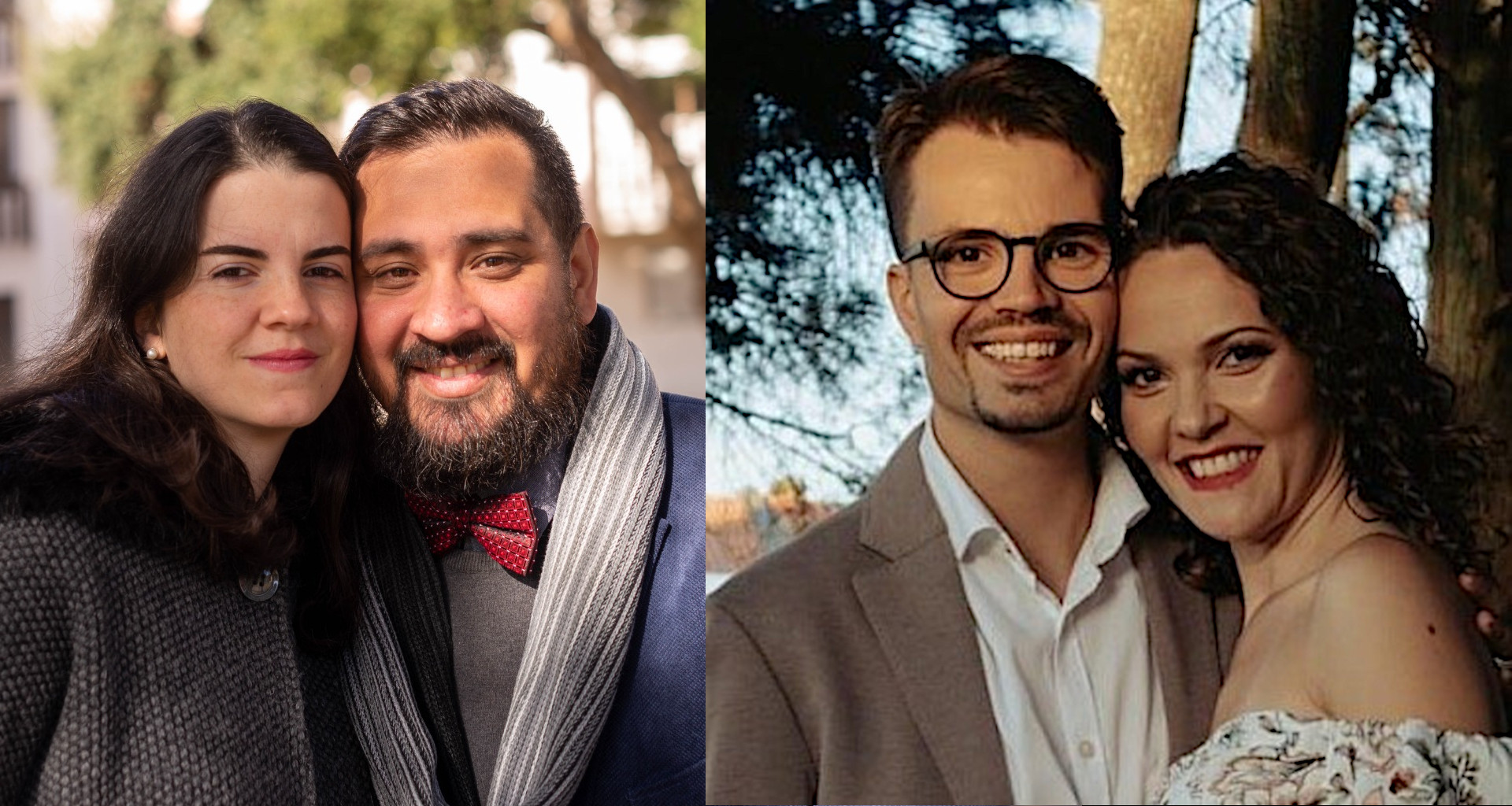 One of the things which brings us the greatest encouragement is to see godly men and women committing themselves to gospel service, in countries where there is such great gospel need. We're delighted to be able to introduce two new families who are joining EMF in January 2022, both in Portugal and both with the family name Lopes (but not related).

Brought up in Brazil in a loving Roman Catholic family in his native Brazil, Diego came to know the Lord when he was just ten, through the witness of a friend in a church’s youth programme. From the time of his baptism (when he was 15 ), Diego felt a call to pastoral/missionary work, and after Bible College he was called to be the pastor of a Portuguese-speaking church in South Africa, the country in which he also met his Portuguese wife Stella. The couple were engaged in church planting  (Diego also in leadership training) in South Africa, Botswana, and Mozambique, and served there for eleven years before ministering in a Portuguese church in Canada for six years.

But Stella and Diego longed to return to needy Portugal; they were able to do so in 2018, when Diego was invited to join the team of Martin Bucer Portugal Seminary and to help plant a church south of Lisbon, on the banks of the Tagus (Margem Sul, Seixal). This plant is now a fully-constituted church with a weekly attendance of around 50 people. Diego has links to, and co-operates with, various reformed organisations, while Stella gives much time to evangelistic and discipleship ministries to women and children; she has a passion to see Christian women study the Word and read good, reformed literature. Diego is also studying for a PhD in Biblical Studies at the South African Theological Seminary.

Joel Lopes and his wife Talita serve in the Igreja Acção Bíblica church, situated in the Southern Portuguese city of Faro in the well-known tourist area of the Algarve. This is the church in which Joel was converted as a child and where his father was an elder. Joel has been the pastor since 2013, and has been seeking to establish a sound, reformed teaching ministry there, from which the congregation may reach out to its neighborhood. His role as vice-director of the Martin Bucer Seminary (a new venture in Portugal) is to help oversee the training of well-grounded church leaders in his native country, and his involvement in various reformed networks testifies to his desire to see solid biblical teaching become widespread in Portugal. Joel is finishing a Ph.D. in Historical Theology with the Puritan Reformed Theological Seminary.

Talita studied Social Education at the University of Algarve. In the Church she helps with the music, and in discipling and counseling women. Her main focus now is the children; she home-schools them, allowing Joel to have more time to dedicate to the ministry and to study.

The church in Faro also supports a church plant in Portimão, about 60km from Faro. It is the second biggest city of the Algarve, but there was a lack of healthy churches there. The church plant is now 2 years old and is attended by about 28 adults.