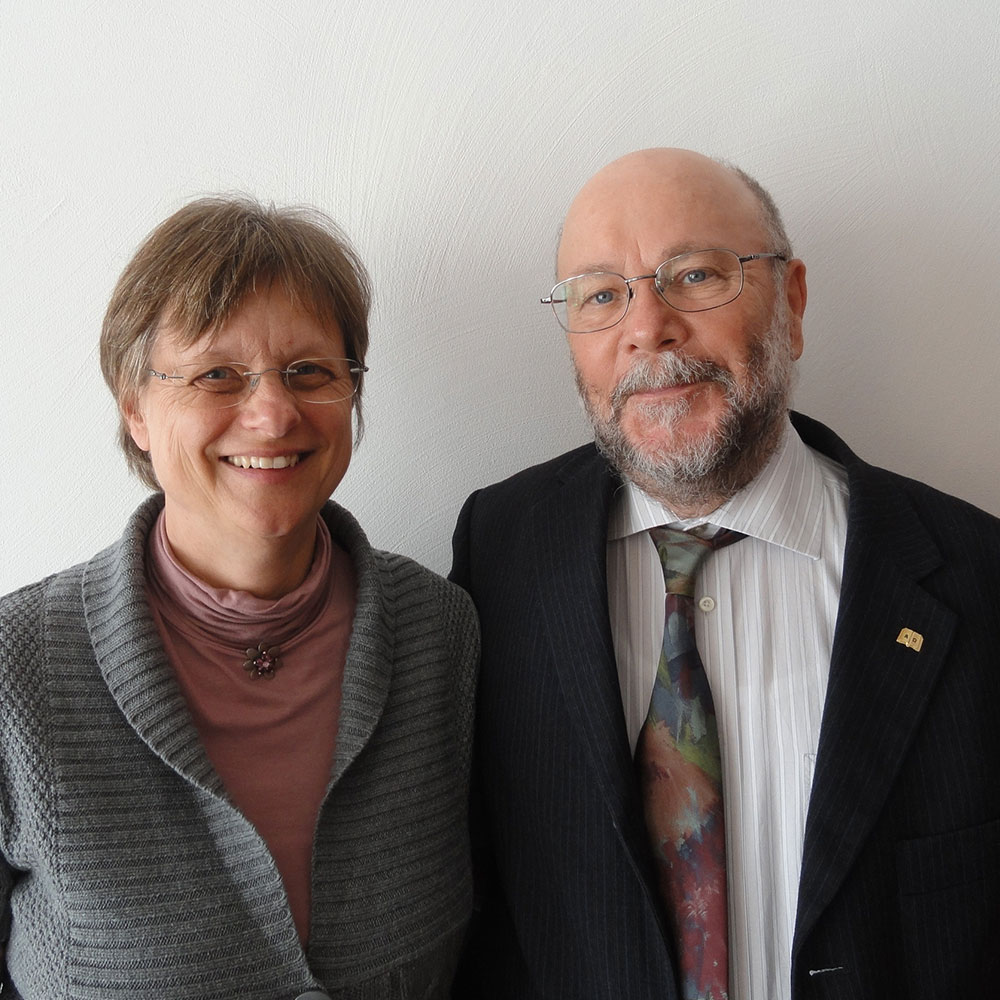 Now retired, André and Marianne continue distribute evangelistic literature and Bibles in the region and are active in the evangelical church in Sion.

André comes from Belgium and was brought up in a Roman Catholic family. His parents became Jehovah’s Witnesses when he was a child, but were later converted and joined a Pentecostal church.

André was converted at the age of twenty, through the ministry of a Gypsy evangelical group. He came to Switzerland in 1969 to do door-to-door evangelism, and made his first contacts among people of the Valais, the most Roman Catholic canton of Switzerland. He felt the Lord call him to that difficult region. André then trained at Emmaus Bible School from 1976 to 1979.

Marianne is a Swiss German, brought up in a Protestant home. She was involved in her home church as a Sunday school teacher, but realised during a spell in Israel that she did not know Jesus Christ as her Lord and Saviour. She was converted at the age of twenty-five. André and Marianne married in 1977 and went to live in Monthey in the Valais. They have three children, two daughters and a son, who are now adult.

In 1980 the couple moved up the valley of the river Rhone to Sion, the capital of Valais, to plant a church, though the work has not been easy. André and Marianne’s main evangelistic outreach for the past thirty years has consisted of offering literature in markets, fairs, and the Christmas market. They produce a calendar, ‘The Good Seed’, and give out up to 1,600 of these each year, along with up to fifty Bibles. Now retired, André and Marianne continue to belong to the church.