A Hungarian ‘home from home’ for 20 years. 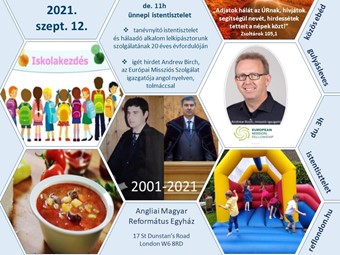 September 12th 2021 was a Sunday of celebration in the Hungarian Reformed Church in London. Its pastor, István Salánki, had been there for 20 years, and the members of the church, along with others in the wider church community, wanted to show their appreciation of this faithful ministry. Read about this happy occasion…

The sunny September day seemed to fit the mood of the congregation that met in the Hungarian Reformed Church in London’s Hammersmith to celebrate the twentieth anniversary of its pastor. The tables set up in the church garden and the bouncy castle beside them (which those attending had to pass by on the way in to the hall itself) suggested to the folk who had travelled here that this was going to be a day filled with a sense of  family togetherness and friendship. István Salánki  had arrived here in 2001 with his new wife Tünde, after finishing his studies at London Seminary.

The pleasant heat of the bright sunshine on this Sunday of celebration two decades later was matched by the warm cordiality with which the couple and their four delightful children welcomed all those who had come to join them on their special day.

The kind of congregation that you can see seated under the unusual glass roof of this grade II listed building in London’s St. Dunstan’s Road has changed remarkably over the years since the church was founded by Hungarian refugees in 1948, and the folk who gathered there on this occasion to express their joy at István and Tünde’s 20th anniversary have a range of stories to tell. Some of them have lived in London for decades, some for a few years, and others for just a few months. Many Hungarian ex-pats in the capital have been drawn to the church (István calls it a ‘mission’) out of sheer homesickness or nostalgia and a longing to feel close to their language and culture whilst in a foreign land. These newcomers include many Roman Catholics.  That day, for example, after the lunch (goulash, of course!)  outside, a young lady told us her experience. She had been so lonely in lockdown, had felt a need to look for some spiritual support, and had come across this place where fellow countrymen and women were worshipping God. She is a Roman Catholic, but found the warmth in the welcome at the Hungarian Reformed Church so very appealing that she has continued to attend each week. The Salánkis pray for the salvation of this likeable young woman and other attendees like her. Another young Indian lady related how she is from a Hindu background and was invited to come to the church by a friend. It isn’t evident exactly how clear this woman is in her understanding of the Gospel yet, or how well she really takes in the message through her friend’s interpretation from Hungarian into English.  What is absolutely evident, however, is that she feels the reality of the love there, and on that anniversary day she came down to the after-service prayer meeting in the basement, to ask for prayer for her own situation. It is a sad story, in which her new husband walked out on her days after their marriage. These two cases are representative of the kind of people who are in this ‘community’, as the Salánkis call their huge group of contacts. They are people who have probably not grasped the true gospel yet, but they are there each week, listening to it being proclaimed with energy. István was in fact very adamant in his directions to that anniversary day’s main speaker, E.M.F director Andrew Birch. ‘Preach two evangelistic messages, please!’.

And preach evangelistically is indeed what István himself does regularly. There have been many conversions over the years; non-believers came in to merely observe religious rituals within a homely, warm, familiar setting,  but left having had a saving encounter with Christ. Although a high number of Hungarians have now had to leave the country post-Brexit, and others have returned to be with families they had missed during the pandemic, those who have been in the church building listening to the sermons Sunday by Sunday have had the gospel clearly presented to them, and have taken that knowledge home with them.

On this 20th anniversary Sunday, children and young people were as numerous as the middle-aged and elderly. The little ones recited Scripture verses at the front, and ran around gleefully outside afterwards. Again, one wonders if all of these little ones would have been taken along to any English-speaking church by their Hungarian parents,  and if they ever would have had such an opportunity to learn Bible stories and their true significance.

The children are there in some cases simply to be with their family, enjoying the immersion in a welcoming and safe Hungarian-speaking world, and showing respect for God in a general sense. But their pastor and his wife are making sure they get more than they might have expected, as time aftertime these E.M.F. workers lead those they are teaching to consider their need  of salvation. The core group of true believers there in the church is earnestly supporting the Salánkis’ efforts to reach their compatriots in this labour of love and highly esteem István and Tünde and their children.

So on that happy day in a quiet corner of a chic London street,  the Gospel was presented once more, to a packed congregation, half of whom were probably not yet converted. Andrew Birch was excited as he witnessed the respectful and eager attention of the listeners.

There were other moments to remember that morning and afternoon, apart from the sermons; the presentation of a huge cake, the tribute speeches, the photos taken beside the beautiful carved wooden door, for instance. To be honest, there were the elements in this Hungarian Reformed liturgy which the Non-Conformists among us find strange (such as the anniversary gift to the pastor being a new heavy brocaded preaching gown, or the Hungarian National Anthem being played and sung at the end of each service).

But you could not have been present on this happy occasion without admiring István and Tünde Salánki’s zeal for the Hungarians of the United Kingdom to be reached with the true Gospel; this is a quest to which they devote all their joyful enthusiasm and effort in 2021, just as they have done each year since the summer of 2001. 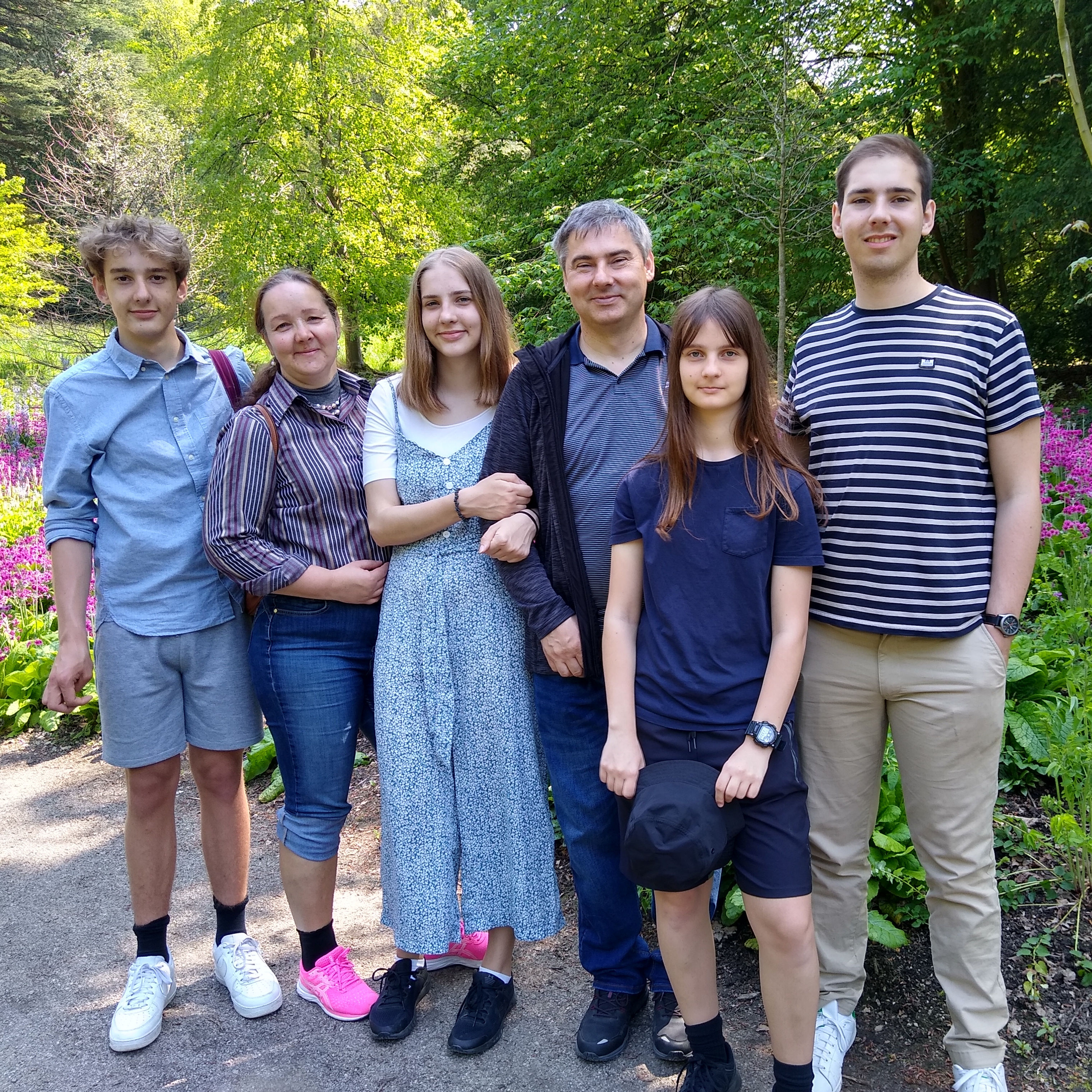