The story of a Polish builder (and friends) 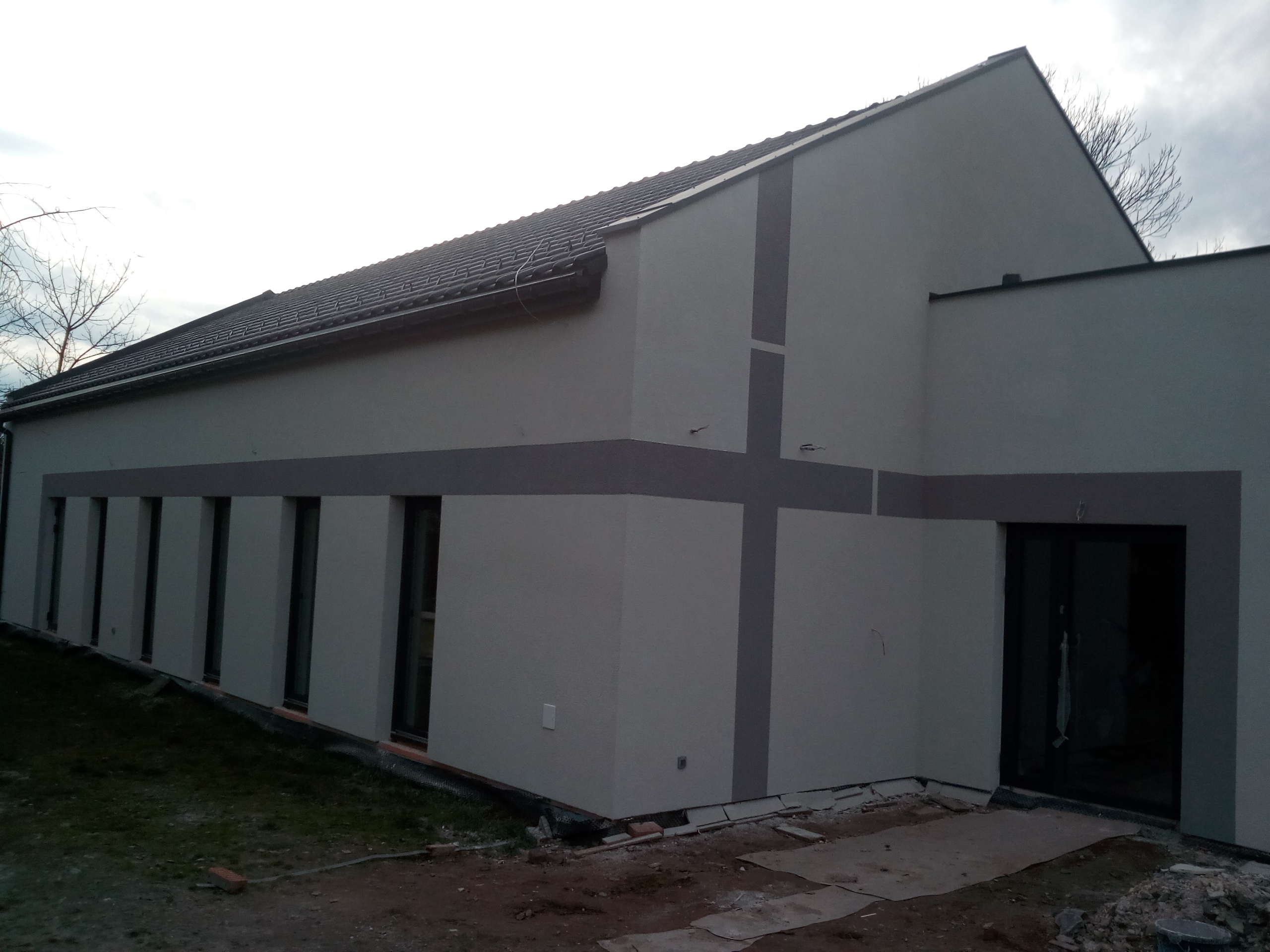 Nearly three years after the church in Zywiec, Poland began their important building project under the leadership of their pastor, Dawid Kozioł, the work is nearing completion. Dawid has himself given many hours to the job, even during the pandemic, when he and his wife went down with Covid-19 and his aunt Danuta, a retired EMF missionary, was called home after contracting the disease. Read on to find out more about this sacrificial labour.....

The Times once introduced an article on workmen from Poland this way: ”Hard working, hard drinking, efficient and cheap. That’s our view of Polish builders”. (https://www.thetimes.co.uk/article/what-your-polish-builder-thinks-about-you-9r2fqfvgh28  ).Well, in EMF we are proud of our very own Polish builders! “Hard-drinking” they are not, we must stress (!) and, as they are offering their services free in most cases, “cheap” is hardly the best adjective here. But “hard-working” and “efficient?” Oh yes!

Dawid Kozioł, pastor of the church in Zywiec, southern Poland, is a builder in two senses. He is, of course, occupied in building up the Lord’s people there spiritually, but at the same time he has been helping to construct the new premises that those believers are longing to use in their worship and outreach in Polkole Street.

The work itself began in 2018, after the leaders and members realised that their building was neither safe enough nor large enough. More people were attending than the premises could comfortably hold, and although Dawid and those around him considered renting a school or buying a fixer-upper building in another area, they opted to keep their strategic site (near the town’s main thoroughfare), and made plans to remodel the existing building by extending it into the garden. This new home for the church has capacity to seat 100 people, and there are spacious toilets, a practical kitchen, a multi-use entrance hall, along with an extra room for other activities.

No building project is bereft of difficulties. This one is no exception. The work was to be done by church members, but they had secular jobs and the tasks had to be fitted in accordingly. Contractors kept the pressure on as regards dates, deadlines, and payments for materials. Gas piping to the correct specifications wasn’t readily available. Regulations for a public building are always demanding, and none of those involved had had much experience of those kinds of challenges. Notwithstanding those issues, 90% of the work has been, and is still being, carried out with enthusiasm and care by people from the church, with only a few tasks, namely those that require qualified trades people, being handed over to others outside the church. Family members (Dawid’s father, brother, and son) have come on board, offering a helping hand that invariably has a trowel/screwdriver/drill/spanner in it. A brother from another fellowship regularly gives of his time and skills, and the hungry workers are fed by the more-than-capable sisters in the church family. Dawid’s wife Agnieszka has evidently had to provide all kinds of support to her husband over this stressful time, so deserves a special mention, as does their son, Samuel, who has given up holiday time over the building period.

Despite the money-saving measures (of using unpaid labour!) outlined above, the project has obviously needed to find funding. Dawid says ‘the finances are clearly the supply of God’, and explains that donations have arrived from various sources. From the UK and Australia, via designated gifts to E.M.F., certainly, but also from personal contacts of church members now living in Germany, Holland and the United States. Other Polish churches and individuals in various denominations, seeing that this is a worthy project, have encouraged the builders by committing themselves to financial assistance. Last but not least, the congregation itself has been giving sacrificially to keep the incoming bills paid.

We said at the start that Dawid is a builder in two senses, and he has been photographed laying bricks and tiles, reaching up to a light fitting, and crouched down near the floor, peering at piping. At the beginning of the project, he confesses, he spent eight to ten hours a day at the site, and although he has cut down on that amount of time, he is still to be found in the building, labouring from Monday to Friday for some hours each day on “all sorts of tasks”, he says.

The pandemic has hardly slowed the pace, apart from imposing distance restrictions and stopping the tasks temporarily for illness and self-isolation periods, etc. Dawid has told us that he expects the work (which commenced in April 2018) to be finished by this summer or early autumn. Obviously the building will need technical inspection and government approval before an official opening can take place. That happens fast nowhere!

This little (but growing) church family is looking forward to using these facilities for its ongoing “normal” church activities, of course, but also foresees that their new building will be employed as a conference venue and as a centre for children’s work, such as English clubs for local kids. They are hoping to host a Bible Exhibition outreach and are praying about how the building can best be used for the sake of the Gospel in this town of around 40,000 inhabitants.

Our conclusion is that these particular Polish builders are indeed “hard-working and “efficient”. In this case, all to the glory of their Saviour, whom they serve with zeal and joy.

Points for praise and prayer:‍

- Thank the Lord for all the provision of money, time, skills and resources for this “labour of love”.

- Pray that Dawid and his co-workers will have the funding, resources and energy to finish the project soon and get the building “passed” by the authorities.

- Ask the Lord to open doors for the Gospel as the church in Zywiec seeks to use the new building in creative outreach and as a place to which to invite contacts, which include contractors, authorities and local people.