New labourers for the mission field 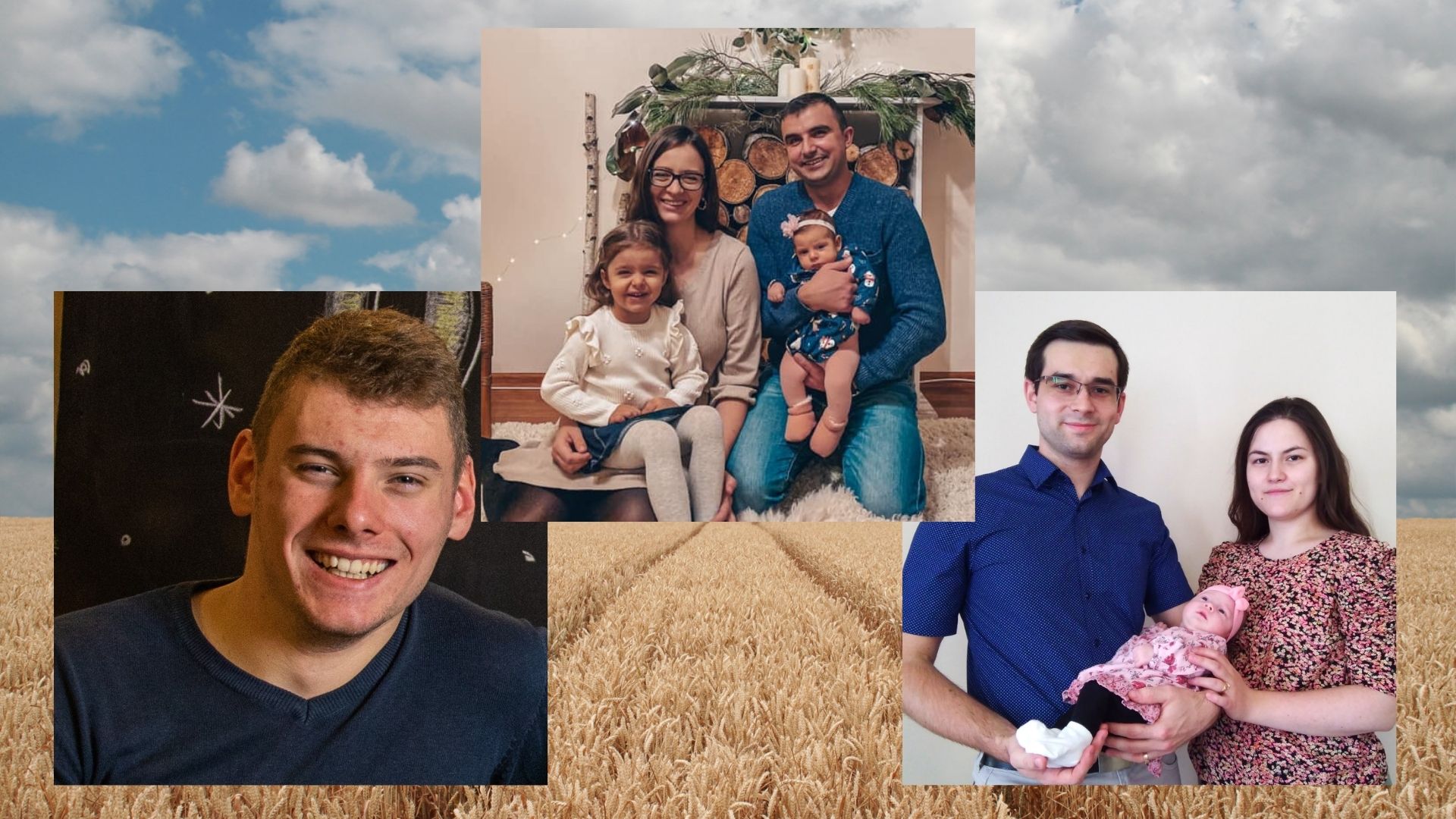 Europe is the spiritually neediest continent on the planet, with the lowest proportion of evangelical Christians. So to see mature, godly Christians from European countries with a heart for the gospel going into the mission fields of their own countries, is a particular answer to our prayer: "The harvest is plentiful, but the labourers are few; therefore pray earnestly to the Lord of the harvest to send out labourers into his harvest" (Matthew 9:37-38). We're therefore delighted to have recently welcomed three new EMF missionaries: Benjamin Pap and Tamás Moroz, two young pastors from Transylvania (the Hungarian-speaking part of Romania); and Mihai Chisari, who's leading a church plant in Chișinău, the capital of Moldova - and the first ever EMF missionary in this country.

Mihai (short for Mihail) is from Moldova, where thirty years ago he was born into a nominal Eastern Orthodox family. When Mihai was only eleven, his father died, and an evangelical pastor in his village took him under his wing. At the age of seventeen Mihai came to faith, and, soon after that he felt God calling him into the ministry.

Moldova is a small landlocked country of just under 3 million people lying between Romania and Ukraine, which gained independence from the Soviet Union in 1991. About a quarter of the population live in the capital Chișinău (pronounced 'Kishinow'). Over 90% of the population would consider themselves to be Eastern Orthodox Christians, and there are only a small number of evangelical believers.

In 2016, after doing a degree in Pastoral Theology at Divitia Gratiae University, Mihai started a church plant in Chișinău . The work has grown, slowly but surely, and the believers there are hoping and praying to become a legally registered church as soon as that is possible. There are not that many evangelical churches in Moldova and very few churches that would identify as reformed.

Mihai is married to Irina, and they have two young daughters: Delia, who is four, and Elisa, who was born in October 2020. Mihai and Irina are EMF's first ever missionaries in Moldova. Mihai speaks both the main languages of Moldova - Romanian and Russian - and also speaks English.

Mihai is currently the only pastor-elder in the church, but he is working with a number of young men with a view to helping to prepare them for leadership in the future.

Benjamin is from the Hungarian-speaking part of Transylvania (in Romania), so his first language is Hungarian, but he also speaks Romanian and English.

Benjamin's parents both came to faith when they were young, so Benjamin had the privilege of being brought up in a Christian home. But he lived in rebellion against the Lord until, at the age of sixteen, he came under conviction of sin and was converted. Soon afterwards, Benjamin felt the Lord calling him into gospel work, and that sense of call grew into an irresistible conviction.

After studying for the ministry at the Hungarian Baptist Seminary and at Emanuel Theological Seminary, Benjamin was invited to be the pastor of three churches, the main one in the town of Boghiș, and the other two (one of them a gypsy church) in Șimleu. In parts of Romania the number of trained pastors has not kept up with gospel growth, and even young pastors like Benjamin have to look after several churches and smaller groups, often taking services and meetings most days of the week.

Benjamin is twenty-five years old and is married to Debora, and they've just had their first child, a girl (Priszilla).

Like Benjamin, Tamás is also from Transylvania. He too was brought up in a Christian home, and he came to faith at the age of thirteen. In the years that followed, as Tamás began to serve in his church in different ways, he was encouraged by other believers to think and pray about going into the Christian ministry.

Tamás studied at the Hungarian Baptist Seminary in Oradea and at the EMF School of Biblical Studies, as well as serving for a year alongside EMF missionary Pál Borzási.

In 2020 Tamás was invited to become the pastor of the Hungarian Baptist church in Biharia, which is really a group of six churches, two larger ones and four smaller ones. Tamás is responsible for three of those churches, and a fellow-pastor of his for the other three. After successfully completing a six-month probationary period, Tamás was confirmed as pastor and ordained to the ministry.

Tamás is twenty-five years old and is soon to be married (the Lord permitting) to his fiancée, Andreia, who is studying to become a pharmacist.

You can see a short interview between EMF Mission DIrector Andrew Birch and these three men here: